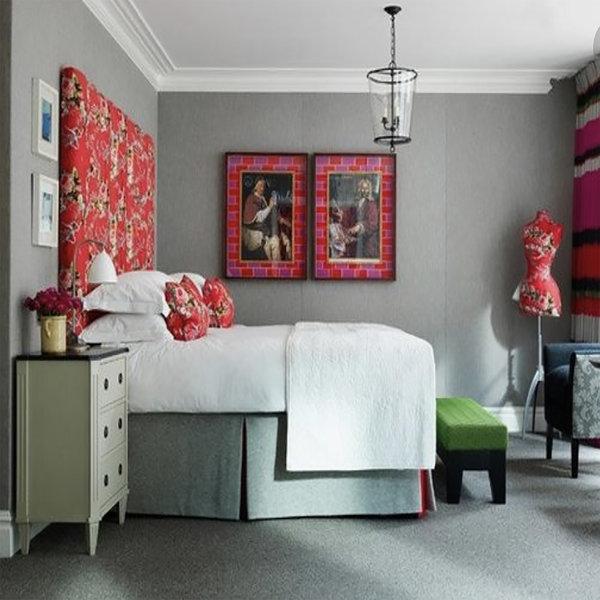 Posted at 14:47h in Blog by user_jackson

Boutique hotel design is the specialism of Harris Jackson Design

Creative Director, Samantha F. Crockett, and her team have an impressive background in set and costume design. This unique grounding makes the theatricality and experience of the hotel guest journey a perfect platform to unleash their creative ideas. Combined with over two decades of working with hotels around the world, Samantha is well versed in what makes a hotel design scheme a triumph and not a tragedy.

It is becoming widely recognised within the industry that hospitality design around the world is changing and hoteliers are realising they are having to alter their approach to attract guests. Whether a hotel owner owns just one small boutique hotel to a global group with multiple properties, designers and hoteliers alike are adapting to changing times.

The pretentiousness that has been seen at the top end of the market for many years is disappearing. Luxury is being replaced by a more familial, relaxed approach creating a personal experience for the seasoned traveller. The hotelier is changing too! Long gone are the corporate group directors overseeing countless properties all looking exactly the same. In steps the new breed; artisans, restauranteurs, artists and theatrical/filmic types.

It’s all in the detail

Take for instance ex-ballet dancer Alexander Kolpin who has just opened his own hotel in the heart of Copenhagen’s cultural district. Kolpin draws on his theatrical past. His Interiors are contemporary harping back in time with hints at a decadent era past, the design simple yet elegant and its attention to detail exquisite.

Hotel interiors now demand a soul and depth that reaches out to the guest and touches them personally. Each site where this new breed of hotels is found is unique and so each hotel must also be distinctive in its design and attractiveness to its guest.

The Chewton Glen in Hampshire, set amongst beautiful gardens in the grounds of their New Forest site, has recently developed a small group of tree house suites located in the canopy. These boutique suites designed by Terence O’Rourke have forest views suspended 35 foot above the ground. The décor within the suites echoes the surrounding nature of the New Forest using tones of grey and green and providing a luxurious hideaway. The first for any hotel in the UK. The suites offer both couples and families an adventure they won’t forget.

Whilst every need is catered for in the larger “Yews” suite accommodating up to 12, the design is still considered and echoes the environment and compliments its idyllic surroundings. Facilities include outdoor terrace deck with hot tub, fully serviced kitchen, wood burner, under floor heating, flat screen TVs and DVD player in every room as well as automated mood lighting.

An eclectic mix of old & new

Hotel design now needs to demonstrate an emotional connection with it’s inhabitants. Take the Pig Chain of boutique hotels in Hampshire, Dorset, Devon and Cornwall. These individual buildings set in beautiful settings of the local countryside. Each property is unique in its style and demonstrates a homely environment. The decoration is an eclectic mix of old and new and includes a layering of memories and possessions that have been accumulated over decades of time.

Each of The Pig Hotel’s is beautifully designed and curated by its owners/designers husband and wife team Robin and Judy Hutson. Each hotel still requires the amenities and facilities associated with the luxury branded hotels. But these facilities are provided in an informal manner. The overall look seems unplanned and random but is designed down to the minutiae of detail.

Assimilate your hotel with the surroundings

It is important for this new breed of hotel to reflect their surroundings whether it be the beach, forest, city or mountains. The Pig and its brother the Limewood Hotel in the New Forest both use local resources from tradesmen, materials/finishes through to the obvious produce from their own kitchen gardens. But this also includes foraging in the local forest or beach for the head chefs. The hotel interior brings the outside in with an abundance of culinary plants like basil, thyme, and marjoram.

Collections of old pots and containers on window ledges and restaurant tables, art on the walls – paintings of greenhouses and kitchen gardens – also reflects the garden outside.

The Pig have also extended outside of the formal domain of the hotel site. They are offering the discerning guest a night in one of their 2 Shepherds Huts set within the grounds of the Pig on the Beach in Coombe, Devon. The huts have stunning sea views with double bed and log burner in one hut and a free-standing bath in the other. Joint decking connects the two huts for exclusivity to the overnight guest. The decision to provide these unique little residences plays on the upsurgence of the new “glamping” trend.

Pushing the boundaries of hotel design

The Firmdale group of hotels have always been at the forefront of pushing the boundaries whether it be with colour, accessorising or location. Kit Kemp and her husband Tim have, for the last 30 years, been showcasing an eclectic mix of contemporary artwork alongside the latest in interior design trends always with their tongues planted firmly in their cheeks. They quote “Hotels should be living things not stuffy institutions”.

Notably “Number sixteen” where the hoteliers have mixed bright citrus tones alongside classical library printed wallpapers and the Brumus bar & restaurant where different breeds of dog take centre stage in the FF&E.

Kit Kemp loves to play with colour & pattern erring away from the too often used neutral tones or heavy dark sombre colours of other more traditional thinking brands. This is described perfectly when she stated “Before, you could have a wonderful, big hotel and you would know it would be the same whether you were in China or the Middle East, which was seen as reassuring. But now it is not seen as very sophisticated.”

In the Ham Yard hotel she juxtaposes bright cerise with lemon yellow, Ferrari red and grass green. Not one to shy away her deign is always thought provoking and a show stopper. Point in fact, the female mannequins in most bedrooms that businessmen like to drape their ties on!

One thing is for certain though is that however stunning the design and facilities are nowadays for boutique hotels – the most important factor still remains is, and should always be, the guest. We can provide the most luxurious or homely environment but if the guest does not walk away reminiscing and left wanting more, then both the hotelier and designer have failed in their jobs. Luckily it seems the tides are changing and this innovative, successful breed are fully aware of what is expected of them.

To book an appointment to discuss your next hotel project, please contact our Creative Director Samantha F. Crockett via samantha@harrisjackson.co.uk or call +44 7717 494217.

Get in touch and see how we can help

Book one of our free 30 minute online consultations to discuss your upcoming project.

GET IN TOUCH
We use cookies on our website to give you the most relevant experience by remembering your preferences and repeat visits. By clicking “Accept All”, you consent to the use of ALL the cookies. However, you may visit "Cookie Settings" to provide a controlled consent.
Cookie SettingsAccept All
Manage consent

This website uses cookies to improve your experience while you navigate through the website. Out of these, the cookies that are categorized as necessary are stored on your browser as they are essential for the working of basic functionalities of the website. We also use third-party cookies that help us analyze and understand how you use this website. These cookies will be stored in your browser only with your consent. You also have the option to opt-out of these cookies. But opting out of some of these cookies may affect your browsing experience.
Necessary Always Enabled
Necessary cookies are absolutely essential for the website to function properly. These cookies ensure basic functionalities and security features of the website, anonymously.
Functional
Functional cookies help to perform certain functionalities like sharing the content of the website on social media platforms, collect feedbacks, and other third-party features.
Performance
Performance cookies are used to understand and analyze the key performance indexes of the website which helps in delivering a better user experience for the visitors.
Analytics
Analytical cookies are used to understand how visitors interact with the website. These cookies help provide information on metrics the number of visitors, bounce rate, traffic source, etc.
Advertisement
Advertisement cookies are used to provide visitors with relevant ads and marketing campaigns. These cookies track visitors across websites and collect information to provide customized ads.
Others
Other uncategorized cookies are those that are being analyzed and have not been classified into a category as yet.
SAVE & ACCEPT
Powered by